Once upon a time at the young age of 12, I liked to write short stories involving me and my best friend where every story involved us babysitting together and ending up needing to solve some mystery. (Who knew, right! It’s safe to say I was kicking myself in the arse a few years later when ‘The Babysitter’s Club’ hit the market.) Well, even though I knew it was the grammatically horrible ramblings of a preteen, I still loved doing it, and it validated my thoughts that I was capable of some decent ideas. After some not so great feedback from an adult (“They’re so dark and depressing!”), I tossed the stack of shorts aside, they ended up in the garbage and I dropped writing for fun for at least a year.

Then my new best friend, (Hey, we moved a lot) and I started writing this…book?…series?…serial? I’m not really sure what it was. We had some neat ideas that we used to start the story, and we would take turns writing several pages. I’d write five pages and run it over to her house. She’d read and pick it up where I left off. The story and characters took twists and turns based on what was in each of our imaginations, and we never knew what to expect when one handed her work to the other. It was terrible fun. Even after I moved again, we kept it up for almost a year, sending our chapters through the mail. Then, as we got busy with the start of junior high, it became harder to keep up long distance. Slowly it tapered off and then stopped altogether. By then I was absorbed in my life and Madonna, and though I had some fantastic stuff running through my head, I didn’t take the time to write it down. Some of the magic was lost without someone to share it with. I needed inspiration. We lost touch, and it was years later before we found each other through the internet. We talked on the phone and laughed about those stories. We still remembered quite a bit of them, too.

I found the inspiration to write again a year later in, of all places, family therapy. Hey, it was the 90’s and therapy was all the rage. In fact in my circle, if your family wasn’t in therapy, something was wrong with you. And they say the 70’s were strange.

Our family therapist was new, eager and talented.

I sat hour after hour just staring at him with googly eyes, nodding at whatever he said. The first appointment my mother had to drag me to the office. Every appointment after, I was rushing her to get there.

And so, awash in fifteen year old naivety and positive I was “in love” and somehow this would work out, I started writing again. Only I didn’t pick up mine and my friend’s story or the babysitting mysteries. I started writing Love Stories. It was some of the most horrible hormonally charged crap you’ve ever read. With such a strong emphasis on crap. I laugh now thinking back on the moonlit picnics and ridiculous declarations of love. Oh, for the love of cheesy whine. Even though the main characters had different names, you and I know exactly who I was writing about. I had flaxen hair and he had bulging biceps. There was even an episode where he came in riding a white horse to spirit me away from my miserable family life. 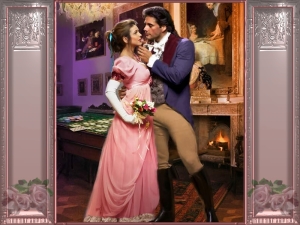 (Cringe! To this day I can’t even look at a Harlequin book cover.)

Regardless, this opened up all kinds of possibilities with writing and I was on fire. I wrote furiously every day.

UNTIL, the notebook was found.

And delivered to the therapist.

And read aloud in therapy.

And then, I died.

Or at least I really, really wanted to. For the adults involved, they thought they were “looking out for me” and wanted to make sure that nothing unprofessional was going on. For me, it traumatically cured me of writing anything down for a very long time. I am being serious when I say that I didn’t so much as write a grocery list for the better part of twenty years. I forgot what my own handwriting looked like and that was fine with me.

After that I kept stories in my head where they were safe. No one could mock me or embarrass me if I didn’t utter a word about them. I had three or four books running in my head and I’d picture the words typed on a typewriter and could fly in my mind to this section or that. The beautiful part of writing like this is that it needed no editing. It always came out perfect. The down side was, it wasn’t enough. But with my belief that I couldn’t survive the possibility of being found out and mocked, I settled to keep it all inside my mind.

I trudged along memorizing grocery lists, settling down in Washington State, having babies and getting fat, taking college classes and losing weight. I spent many late hours in Sherry’s restaurant eating way too much cheesecake with Lisa, talking about mundane housewife stuff and what we wanted to be when we grew up.

When we were bored with talking about ourselves, we spent a fair amount of time gossiping, as girlfriends do. And when I went home, that gossip always spurred ideas for plot lines. Most of them were crap but the point is, my wheels were still turning.

And so went my life for the next ten years or so, lying to myself that I was content to read, gossip and write stories in my head. Until that one day.

I was sitting at home watching the bloodshed on Wall street when the market crashed in 2008. I remember the horror the day it dropped 777 points. I had always been fascinated with the Great Depression and had read everything I could get my hands on about the period. And the way things were shaping up in this country financially, I was seeing an encore performance of those hard years. I grabbed my books, compared charts and graphs and had this feeling of dread wash over me. The roaring twenties were definitely over for us. After several hours of being glued to CNBC, I had to change the channel. It wasn’t getting any better and I just couldn’t look at the train wreck any longer. I flipped through the channels with my mind floating off to one of the many far off places it loved to roam. But this one wouldn’t leave me alone. Plot lines and ideas started swirling around and quite literally haunted me. It wasn’t long before I had to force myself to sit down and start the story. It wasn’t enough to see it in my head. I did so in private, (occasionally with my laptop under a blanket) hiding my files on a thumb drive under a boring name (Clinical research studies of Paroxysmal Nocturnal Hemoglobinuria) and then hiding that thumb drive in a box, under clothes in the bottom drawer of my dresser. Eventually I found the courage to tell my husband and Lisa what I was doing. The husband was supportive though he didn’t understand my hyper-paranoia, nor why I went into a flustered freak out whenever someone walked in the room when I was writing. Lisa was engrossed and involved from the minute I let her have a peek into this secret world.

She was a massive source of inspiration to keep goin, and I leaned pretty heavily on her in those days. I finished 1929 and then spent several months debating on whether or not to put it “out there”. Again, Lisa was encouraging, pushing and supporting. After several near nervous breakdowns and more than a few bottles of Jameson, I did. And I survived.  After I realized I would in fact live knowing strangers were reading my book, we dove into the next one. I wasn’t immediately cured, mind you. The first three releases were amazingly agonizing for me. My God, the melodrama Lisa had to put up with! But each one does get a bit easier. I’m finally to the point where I mostly look forward to a release. I keep my head in the books and the demons stay in the closet. Most of the time. And the rest, as they say, is historical fiction. 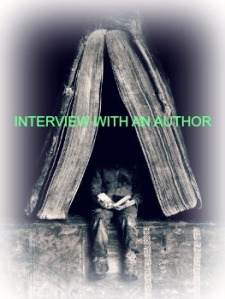 Which 1929 couple should get a prequel first?

Error: Twitter did not respond. Please wait a few minutes and refresh this page.